All SMI cadets must make the following pledge upon matriculation at the Southern Military Institute:

"I hereby pledge to serve as a cadet of the Southern Military Institute, and will obey all legal orders of the constituted authority of the Institute. I give my word of honour, as a member of the SMI Corps of Cadets and as a future Alumnus of the Institute, that I will never lie, cheat, or steal, nor tolerate those who do. I affirm that I am not married or divorced, and that I have no legal dependents. I will not join or affiliate with any secret society or fraternity while a member of the SMI Corps of Cadets. So help me God. " 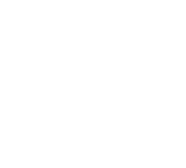 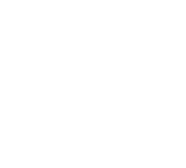 The Board shall consist of three to nine members and will establish Advisory Groups, as necessary, to assist the Board in conducting necessary business affairs, self-studies, and fund raising activities of the Institute. The Board members should be graduates of VMI, The Citadel, and West Point, or have demonstrated an understanding of the traditions of those institutions.

Additionally, the Board members must have a deep appreciation and respect for the moral truths of the Christian faith as taught by Jesus of Nazareth (the Messiah and Christ) and his disciples, and handed down to us in the Holy Scriptures.

The total strength of the cadet regiment is computed as follows:

Therefore, the SMI Corps of Cadets is expected to have a total strength of approximately 1000 to 1100 cadets.

Note: All senior staff members, including the Superintendent, will be members of the faculty and teach courses of the standard curriculum.

Board of Directors:  The SMI Board of Directors is responsible for upholding  the original mission of the SMI, its Christian foundation, education programs, and its Southern  military traditions.

The concept of an officer and a Southern gentleman will be the standard, not the exception.  Honesty, integrity, courtesy, and respect for all men and women regardless of race, position, or economic standing will be taught and required.  SMI cadets will be taught the strong points and the weak points of Southern history. At SMI these values will to be shared by all cadets without exception.